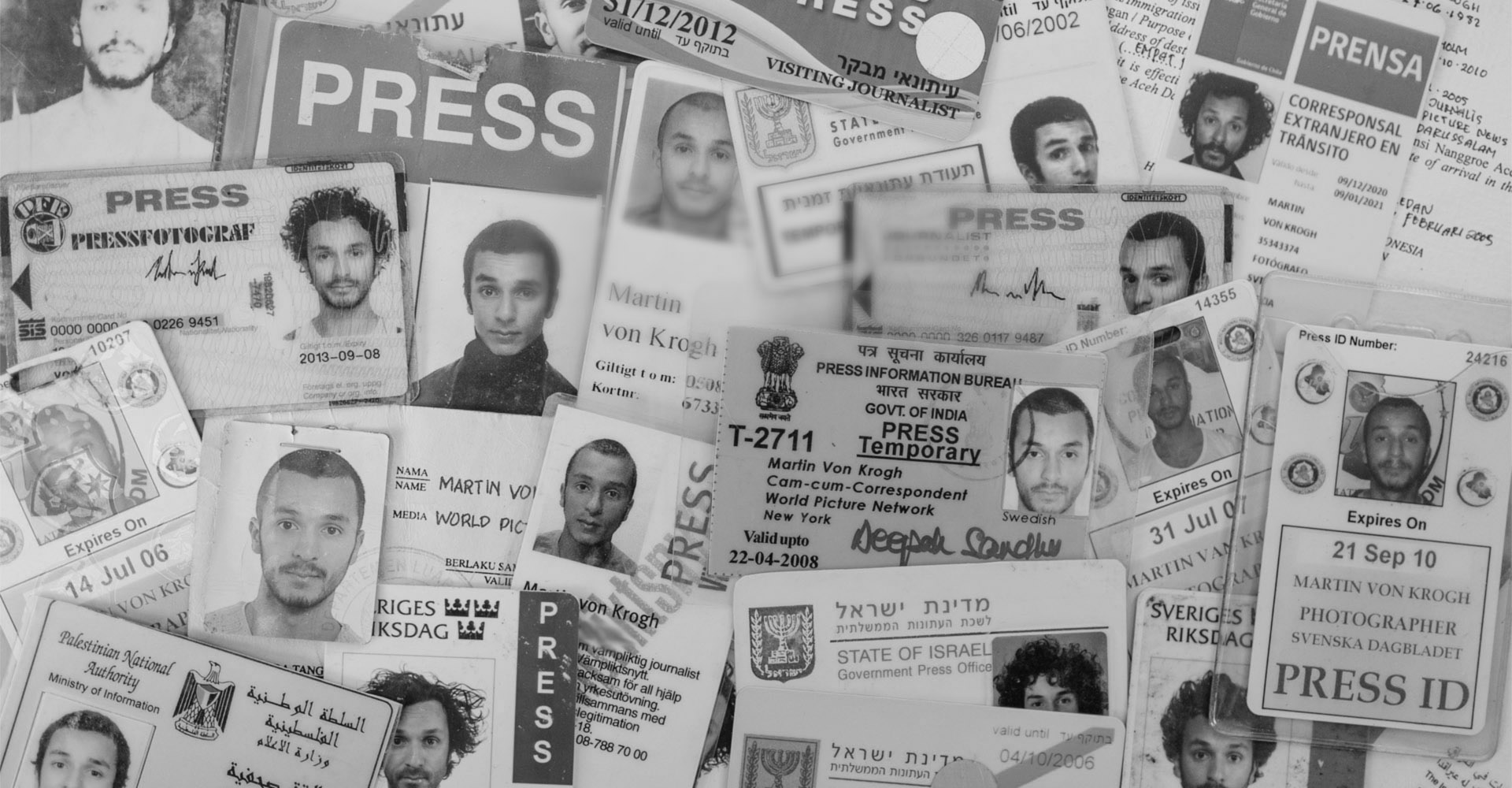 M artin von Krogh is a Swedish documentary filmmaker and photographer that lives in Sweden and works internationally. Martin started to travel at a young age with his camera. Already at the age of 18 he covered the second Intifada in the Middle East. His breakthrough came in 2004 after documenting the terrible destruction and aftermath of the Tsunami in Thailand, as it happened. The pictures were published in Sweden’s largest newspaper Expressen, as well as many international publications, and went on to win numerous awards. Martin has covered most modern day conflicts and natural disasters around the globe. From Gaza, Iraq, Afghanistan to Fukushima, Haiti, Mali and Kenya.

In 2005 he signed with the American agency WpN and stayed with them for a couple of years. Through them he entered the international market and worked with USA Today, Newsweek, Marie Claire, Sunday Times, to name just a few. He started to learn filming in 2008 when he found Cinema Pameer in Kabul and decided to make a documentary about the it. Since then he have worked for many TV-stations in Sweden and been a camera man in a couple of documentaries. He has won numerous awards for his pictures and both published and exhibited them around the world. He currently resides in Stockholm after living several years abroad in Singapore New Delhi and on the road.